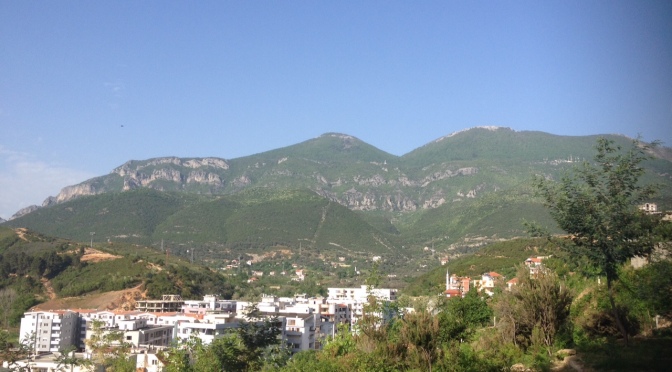 The best thing about our apartment is that you can walk onto our balcony and look up to the mountain of Dajti. We are the last apartment building before the mountain begins and after us its farm land, small villages and olive groves climbing up the lower slopes to the steep rock face.

Dajti watches over Tirana sprawling out over the flat land below. Its foothills mercifully prevent the urban growth from moving much further east. It’s gloriously fresh with blossom in the spring, green in the summer, orange and red in the autumn, snow-capped in the winter. We’ve come to think of it as our mountain. We have our favourite trails over the foot hills, around the lake, past abandoned tunnels built as bomb shelters during the regime.

Ten years ago the Austrians built a cable car up the mountain. The 20 minute ride provides spectacular views of the mountain (including our apartment!) and Tirana. It’s made the mountain more accessible as the road, while vastly improved, remains very potholed in parts. It’s become a favourite part of our standard itinerary for our overseas visitors. 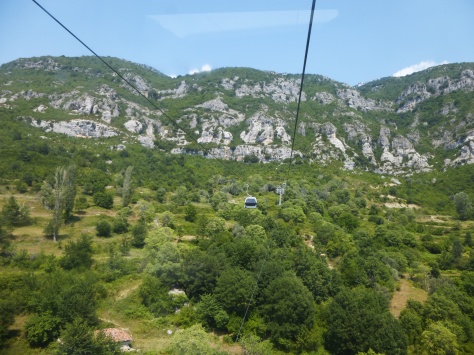 The Dajti Express runs from Linze. You can catch the Linze bus from the centre of Tirana. Look for the signs or ask the bus driver to tell you where to jump off the bus. It’s a steep hike from there up Rruga Shefqet Kuka to the cable car station. If you’re feeling less willing to battle public transport then a taxi from the centre of Tirana will cost you approx 700-800 lek.

It’s hard to give you solid operating times for the cable car. Generally, it seems closed on Mondays… and operates from around 9am till 10pm (earlier in the winter). The website currently seems to be closed for refurbishment!

At the top of the cable car is a hotel, cafe, restaurant, walking trails and fantastic views over Tirana. Behind the hotel is a large grassy area where the kids can ride horses, clamber over bunkers, etc. There are also free mini-buses put on by the restaurants set up on the mountain. Our favourite, by far, is Gurra e Përrisë. The restaurant is in a gorgeous setting surrounded by forest. In the summer you can sit out under the trees. In the winter you can warm up by the log fire. The restaurant is also a trout farm and you can watch the chef catch your fish before its cooked and served. 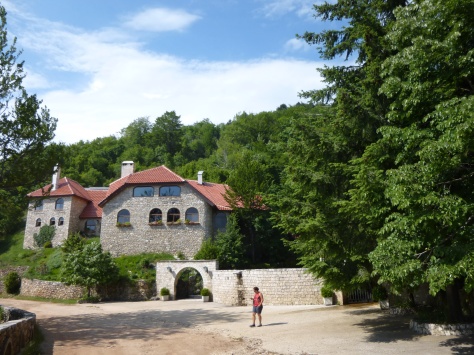 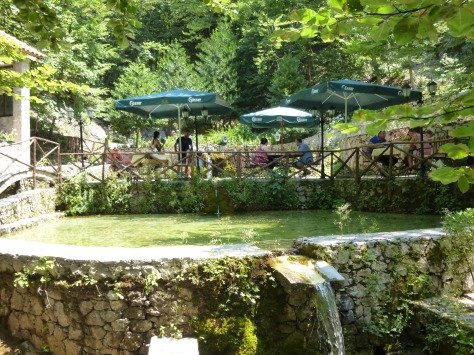 The mountain is very walk-able. Tracks are reasonably well-marked. I’m told it takes 3-4 hours to get to the level of the cable car. It’s another 2 hours to the summit. (Confession: we’ve only actually ever made it three-quarters of the way up to the cable car level! The full hike is definitely on our Albanian bucket-list!)

One thought on “Mali i Dajtit”