I’ve been finding it really difficult to write a blog post about women in Albanian society. Everything I’ve drafted so far has sounded a bit naff and a little hypocritical because I’m basically here to embrace Albanian culture – after all, I’m supposed to be learning to be an Albanian housewife. So I can only really talk about how life feels different from before.

In London hubby and I pretty much lived as we pleased. We both worked hard and when we got home we divided up the housework and just got on with it. When we weren’t expecting guests the house stayed at a comfortable state of “a bit untidy”. If we knew we had guests coming over I would straighten up the cushions on the sofa and re-stack the dirty dishes on the bench to make them look tidier.

In Albania the state of your home, and the quality of the food you serve, signals to guests – who frequently appear without warning – how good the housewife is. In fact, one of the traditional requirements of the nusja (bride, i.e. me!) is that she prepares byrek in front of her husband’s family so that they can observe and evaluate her skill as a wife!

I am terrible at all of this. Our apartment is in a perfectly acceptable condition by my London standards but frequently fails by Albanian standards. There are usually dishes that have been sitting on the bench for a day or so and the floor could do with a sweep. Guests turn up unannounced and I will have nothing to offer them except some broken biscuits and half a packet of crisps. It feels like I’m just not nailing this Albanian housewife thing at all!

I am currently doing all the driving while my hubby gets a few refresher driving lessons – important if you haven’t driven for a long time and especially important in the utter madness of Tirana’s traffic. We attract attention everywhere we go. Outside of Tirana it is rare to see a woman driving and I have yet to see another woman driving a man anywhere. People stop and stare as we go past – especially out in the villages.

The first week I arrived in Tirana I went with hubby to open a bank account. I was asked all the usual questions, including my parents’ names, which I figured were for identification purposes. Except when I was given the paper work, in between my first name and surname was my father’s name. I pointed out their error. Only to be told that here, in Albania, my father’s name IS my name.

I am registered with my father’s name on all official documents – from visa applications to car registration to confirmation of my place of residence.

And this is how it is. A woman belongs to her father at birth (which is not celebrated to the same extent as if she had been a boy) and once married, she belongs to her husband’s family. The head of the family is nearly always male (only ever female if there are no males left). So the head of our wee family is my hubby. In fact, I was recently asked if I had my husband’s permission to undertake some extra work!

The expectation is that women will marry and produce a family (preferably male children) and look after the home. Yet its great to see so many women prominent in Albanian public life. There are six women in the Albanian Cabinet (more than in David Cameron’s Cabinet, to his shame) and I’ve met very capable, ambitious women working in high profile and expert roles in Tirana.

On the face of it, Albania’s law’s prescribe equality. The failure seems to be in the implementation and respect of these laws.

“Under the country’s Civil Code, Women in Albania have the same rights of ownership as men. But in practice, after marriage, it is rare for Albanian women to have access to land, as land belonging to a couple can only be registered in the name of the household head, usually the husband. Rural women attest to the fact that men rule the majority of households and are typically the official owners of the household land, often disposing of or renting out such land without their wives’ consent. Even when women do legally own land, it is often considered to belong to the whole family, and they are not considered to have the right to administer it. Many women have difficulty exercising their right to access to property other than land, even though the right to private property is guaranteed by both the Constitution and the Civil Code. There are no legal restrictions on Albanian women’s right to access credit from commercial banks, but in practice, bank loans require capital that women do not have, and husbands and male relatives who do own property are usually reluctant to support loan applications on behalf of their wives or female relatives. As a result, women are rarely able to establish their own businesses.”

In this context it comes as no surprise to me to learn that domestic violence against women remains unacceptably high and woefully under-reported.

In April the Universal Periodic Review of the Human Rights Council heard the report from Albania and the government’s commitment to focussing on improving the situation for women in Albania.

One day soon no one will care who is driving the car! 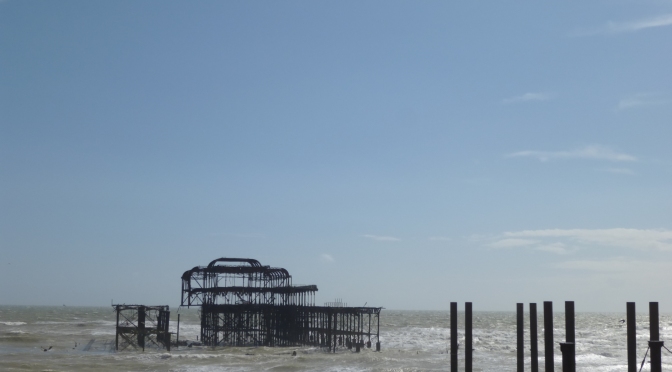 It’s been a long while since I blogged! The reason being, I found myself back in the UK for two weeks. It was the three-month trip marking the end of my tourist visa – booked so that I wouldn’t get myself in trouble as an over-stayer. I should never have worried! Aside from it appearing like nobody in Albanian officialdom cares if I stay or go, my one-year Albanian visa arrived the morning of my flight to London.

So this is where the blog post comparing London and Tirana would normally sit.

Except that it is clear that three months is not enough time in Albania and too little time away from London to really compare. Besides, comparison lists I’ve seen online essentially seem to focus on two things: 1) driving in Albania and 2) donkeys. Neither of which really do the country justice!

I missed Albania dreadfully – mostly because that’s where my hubby was – but being in London, in my old flat, was eerily familiar. I went out shopping and spent ridiculous amounts of money for someone whose intention is to be unemployed for a year. I enjoyed knowing the language; eating bacon, dim sum and mature cheddar; knowing where everything was, and miraculously finding it there and open when it should be.

But the UK isn’t my home any more. On some level it jarred with me. By the end of week 1 I was ready to get back on the plane to Tirana.

By the end of week 2 I was desperate. I was so happy to land at Rinas, in the rain, and see the mountains. And my hubby.

The next few weeks bring much excitement for us, and therefore – as dedicated readers of this blog – you! In two and a half weeks the first of our overseas guests arrive ahead of our big fat Albanian wedding, a mere four weeks away.

It’s good timing to have a bunch of visitors over as the Albanian government has just announced the winner of their ‘Branding Albania’ competition – their goal is to reposition Albania and drive tourism to the country. Glad to be able to do my part!